Autonomous communities -
The Regions of Spain


► You are here:   About-Spain  ›
Map of Spain's "autonomous communities"

Map of the main administrative regions of Spain

A simple map showing the "Autonomous communities" or regions of Spain, and their capitals. Spanish regions are decentralized administrative areas; the extent of the decentralized powers varies from region to region. Four of the regions - Catalonia, the Valencian Community, the Basque Country and Galicia, also have their own languages, which are co-official languages along with Castillian (Spanish). 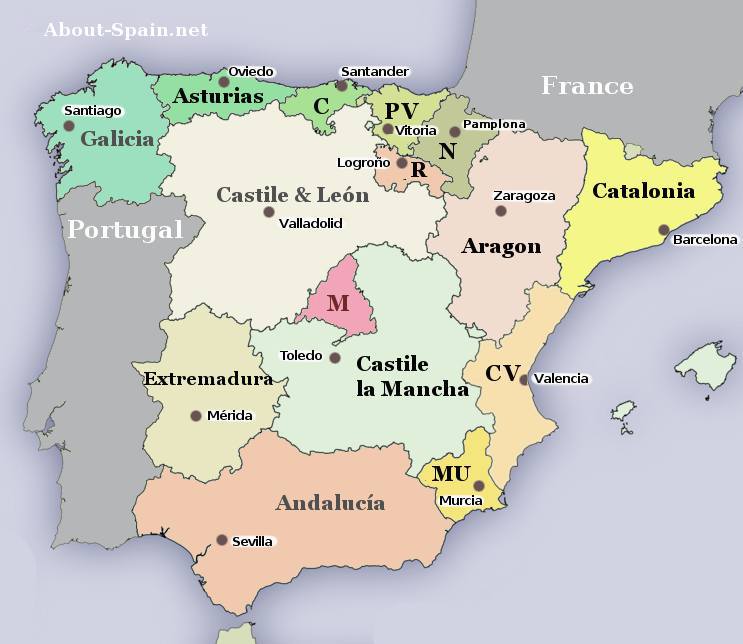